But because of the expensive road tax on diesels here in The Netherlands, the decision was made to swap the 2.5na diesel engine for a petrol V8. We eventually decided on the mighty 4.6 v8 from a 1997 Range Rover P38 HSE.

We started by disassembling the vehicle. We found that chassis and bulkhead were completely rust free, so we decided to keep the body on. We took the 2.5na engine and LT77 gearbox out of the vehicle to make place for the new R380 V8 gearbox and 4.6 v8 engine.

We then cleaned everything thoroughly and painted the chassis. We then decide to lift the new gearbox on its position. This seemed to sit fine on the old LT77 gearbox mounts.

We hoisted the v8 into place and bolted it to the gearbox to see where to weld the engine mounts onto the chassis. We then came to the conclusion that gearbox was too far to the (LHD) drivers side, after some research we found out that the correct V8 gearbox mounts bring the gearbox a bit more forward and towards the passenger side. But this meant cutting up the seat base or replacing it with a later R380 seat base.

After some thinking we decided to modify the old LT77 gearbox mounts by lengthening the drivers side mount en shortening the passenger side mount. This meant we could keep the original seat base without any modifications.

This solved the problem for about 90%! Which was good enough for us, so we welded the engine mounts in place and bolted the engine onto the chassis. And like magic the engine suddenly sat perfect! We put a 4.6 V8 into a 110! YES!

We found a company in the UK (Pace Automotive) that was able to modify the engine loom and ECU so we could run the engine stand alone in the 110.

This week, we’re finishing up the wiring and cooling system as we’re getting ready to start it for the first time! Exciting!

Furthermore, the110 will get a full respray in Savannah Beige with Ivory and Galvanised details. The rear drum brakes have been converted to disc brakes to stop the extra power.

Still lots to do, so if you’re interested in following this Lockdown Project, follow us on instagram.com/pandathelandy" 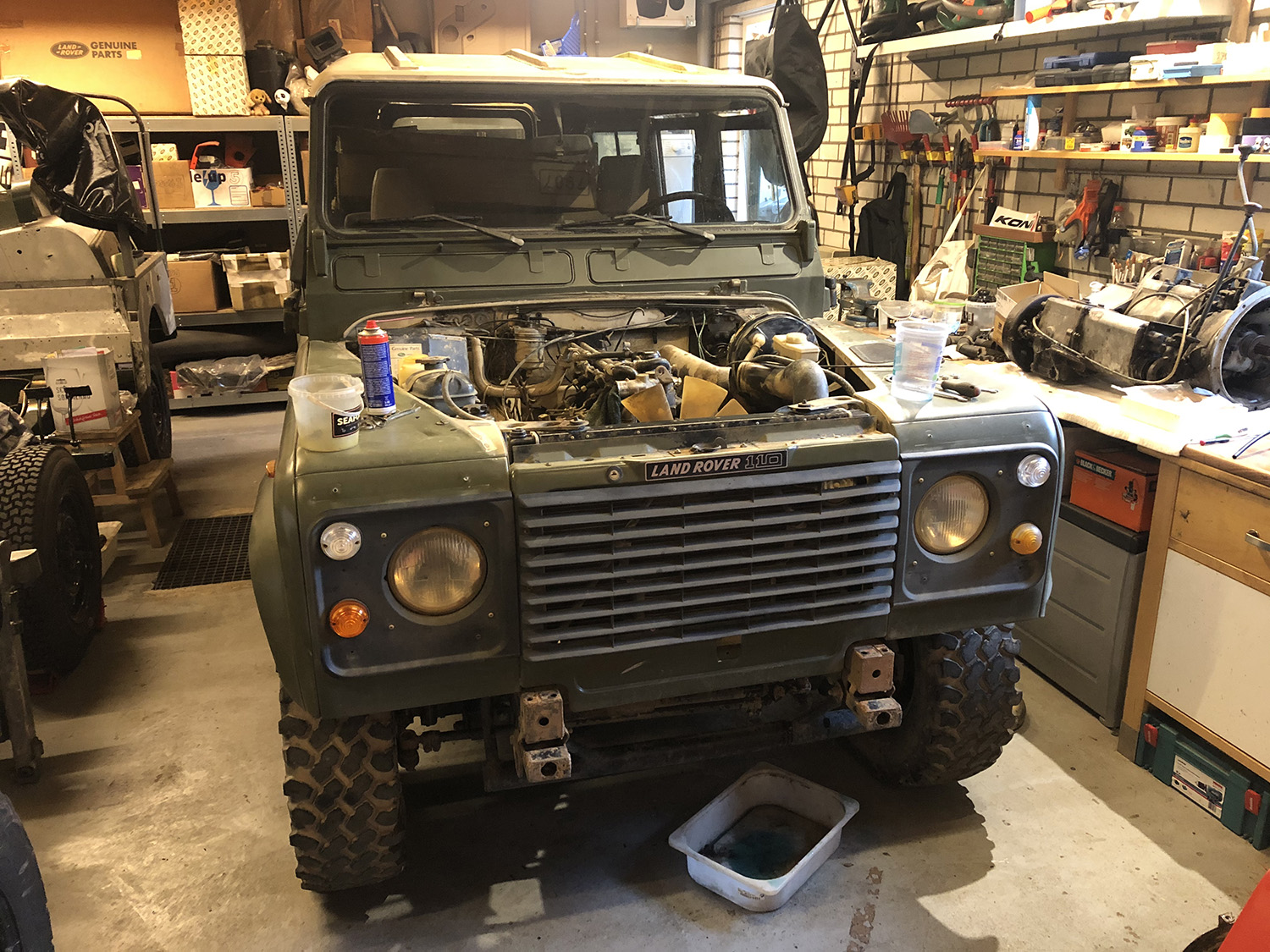 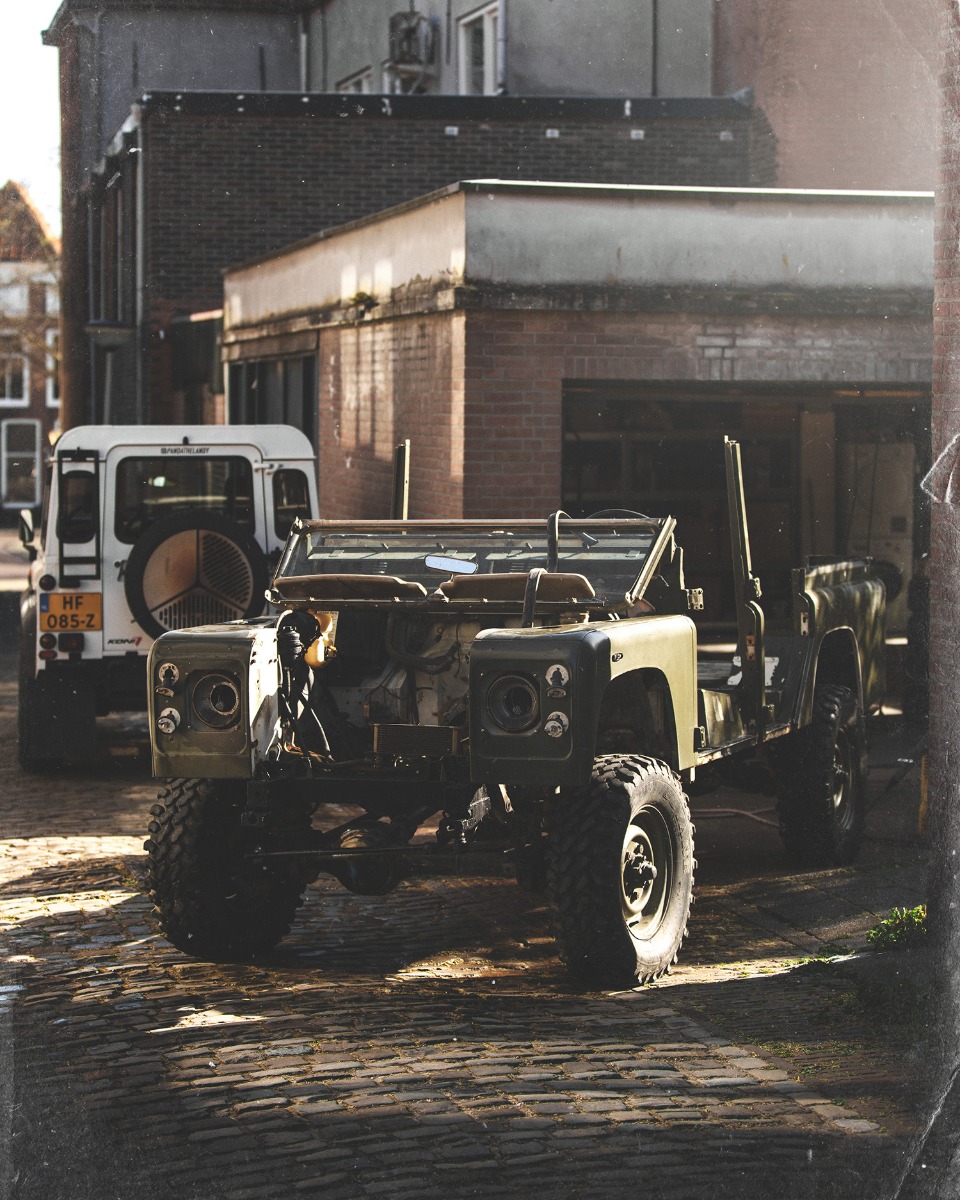 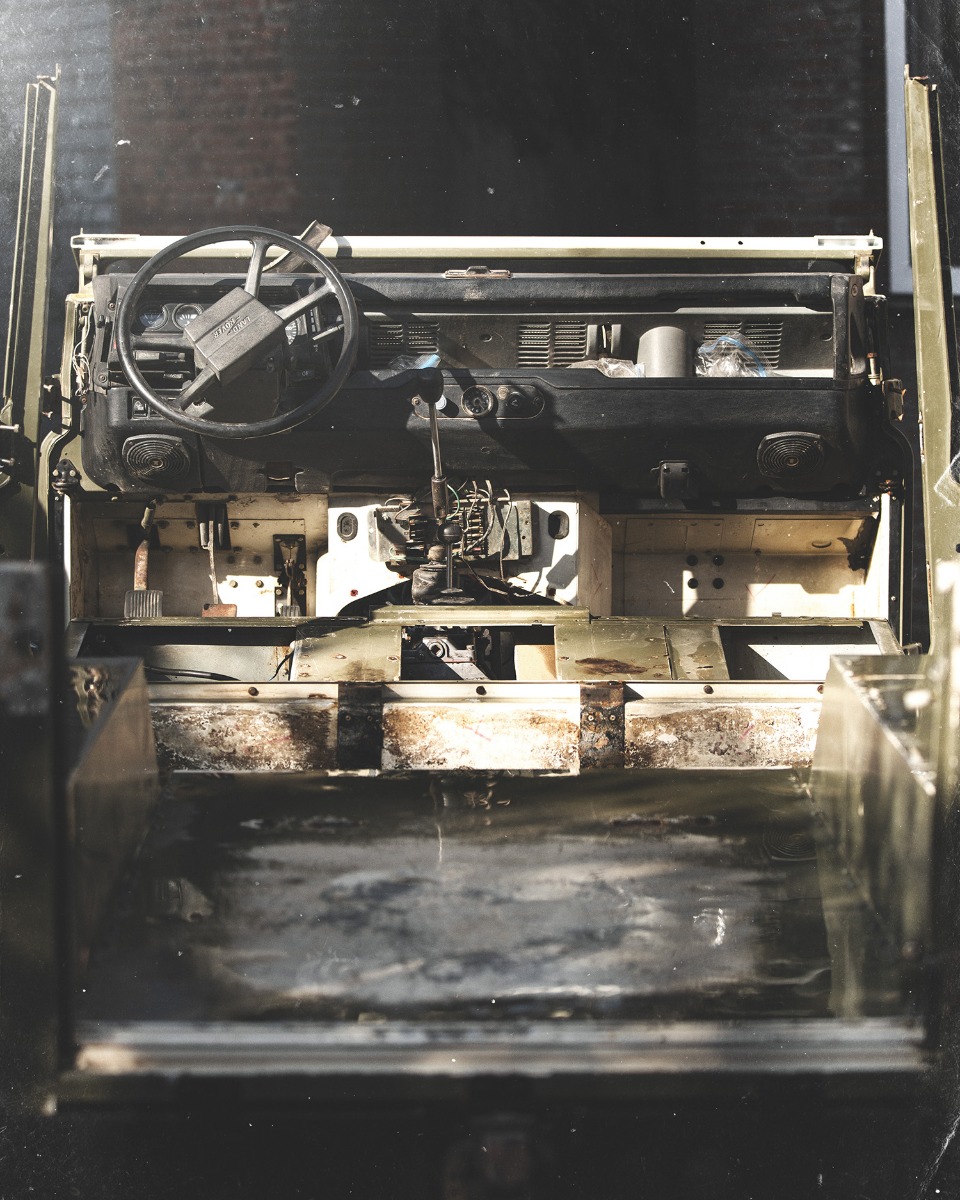 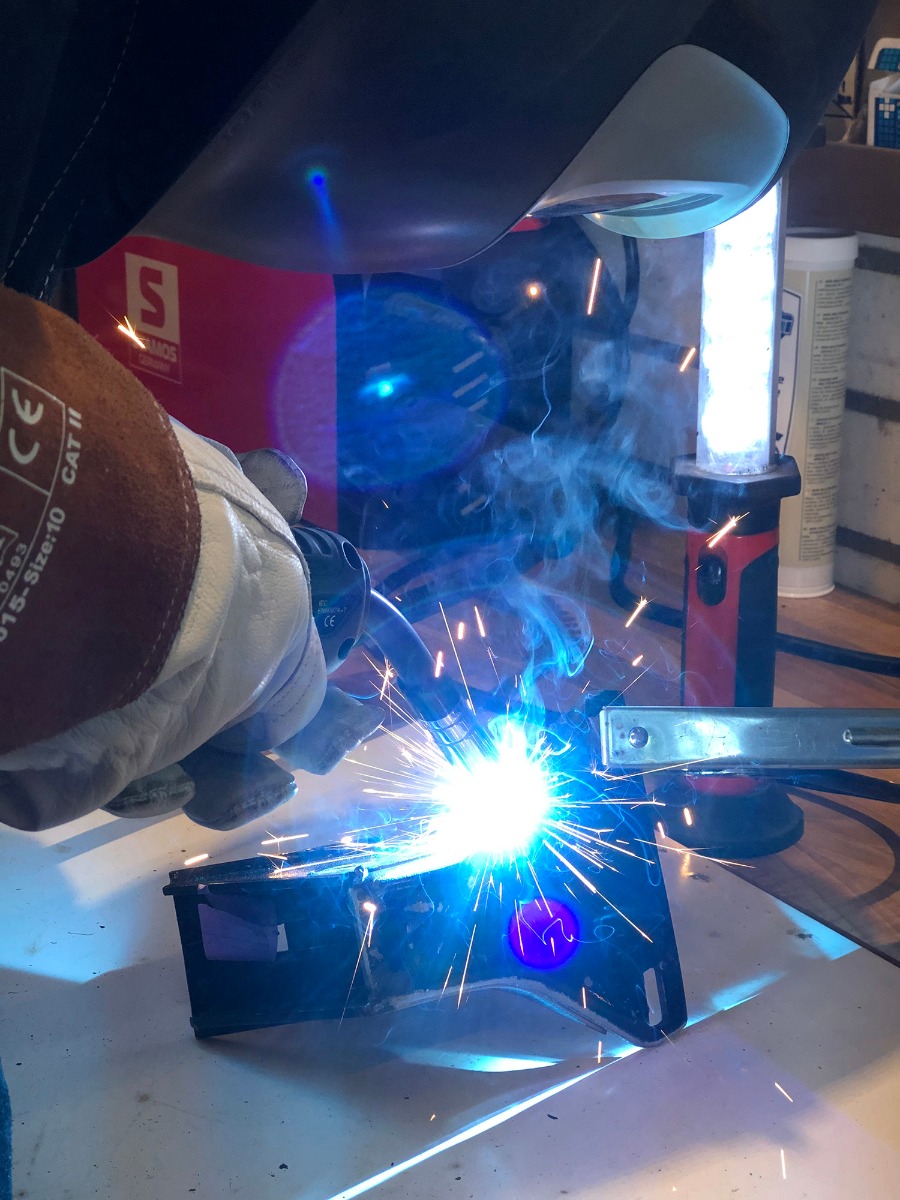 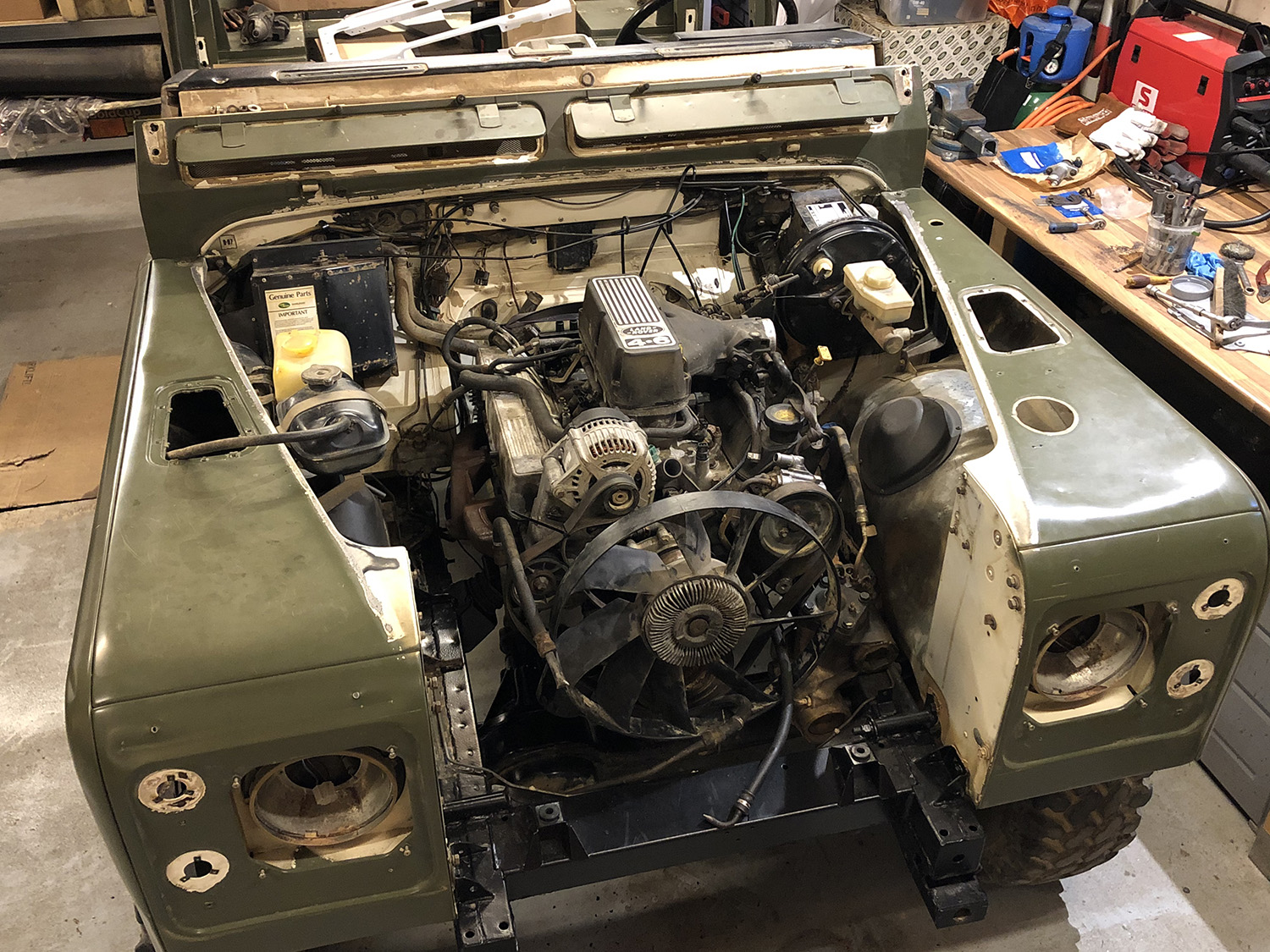 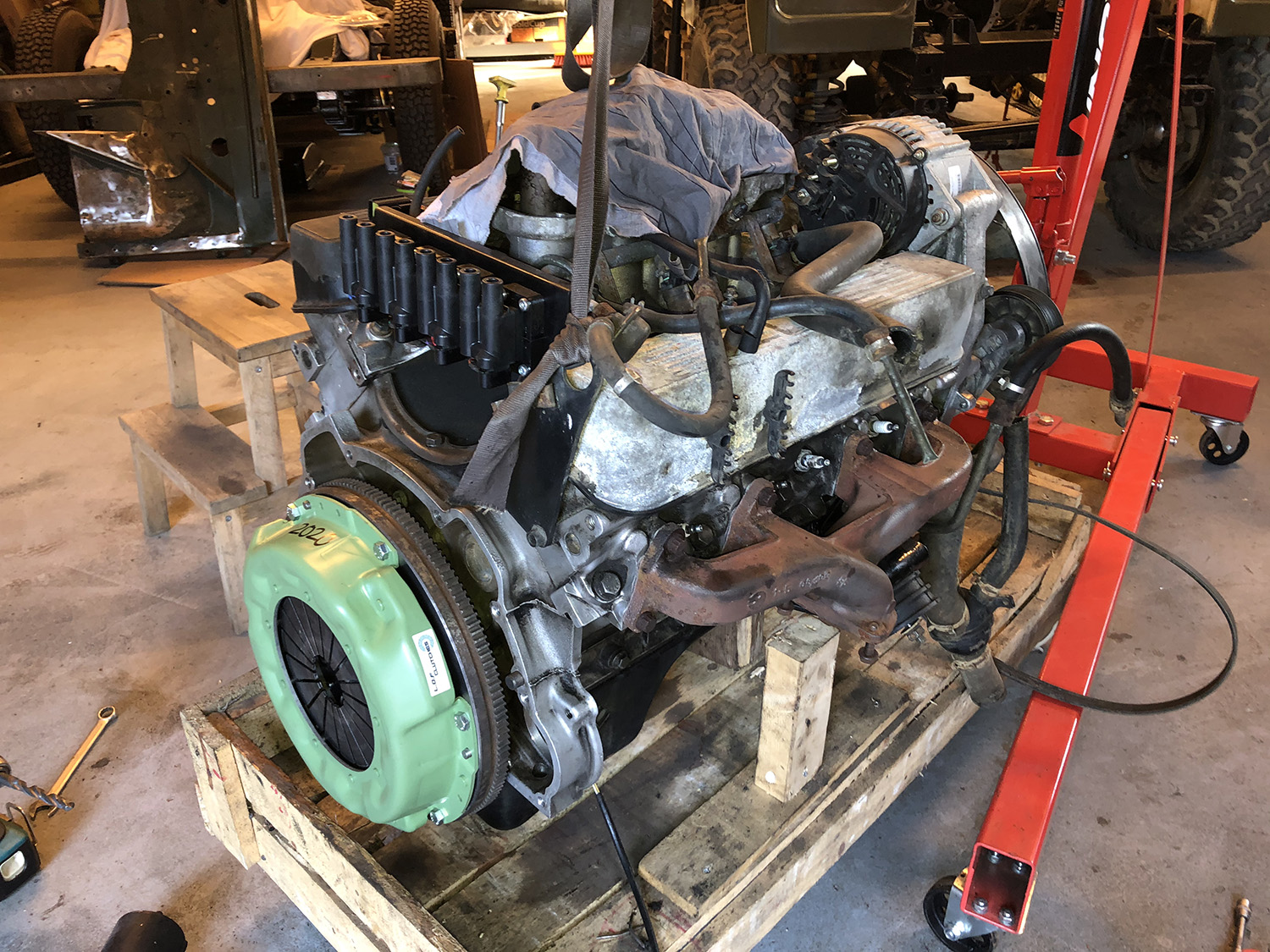