Exmoor Trim recently embarked on the challenge of transforming this Tickford’s interior. It’s been on quite a journey for a vehicle which actually started off being owned by Julian Gostling – chairman of Exmoor Trim.

Julian explains the story behind how Exmoor Trim came to carry out this Tickford project… “The Tickford was part of a Norway collection, so myself and John Craddock headed out to Stavanger to view all the vehicles which were part of a large collection of Land Rovers which were being auctioned by the Norway authorities.

“We came across the Tickford which had been stored outside and vandalised a little by local children. John and I negotiated with the authorities to purchase all the Land Rovers, including the Tickford. 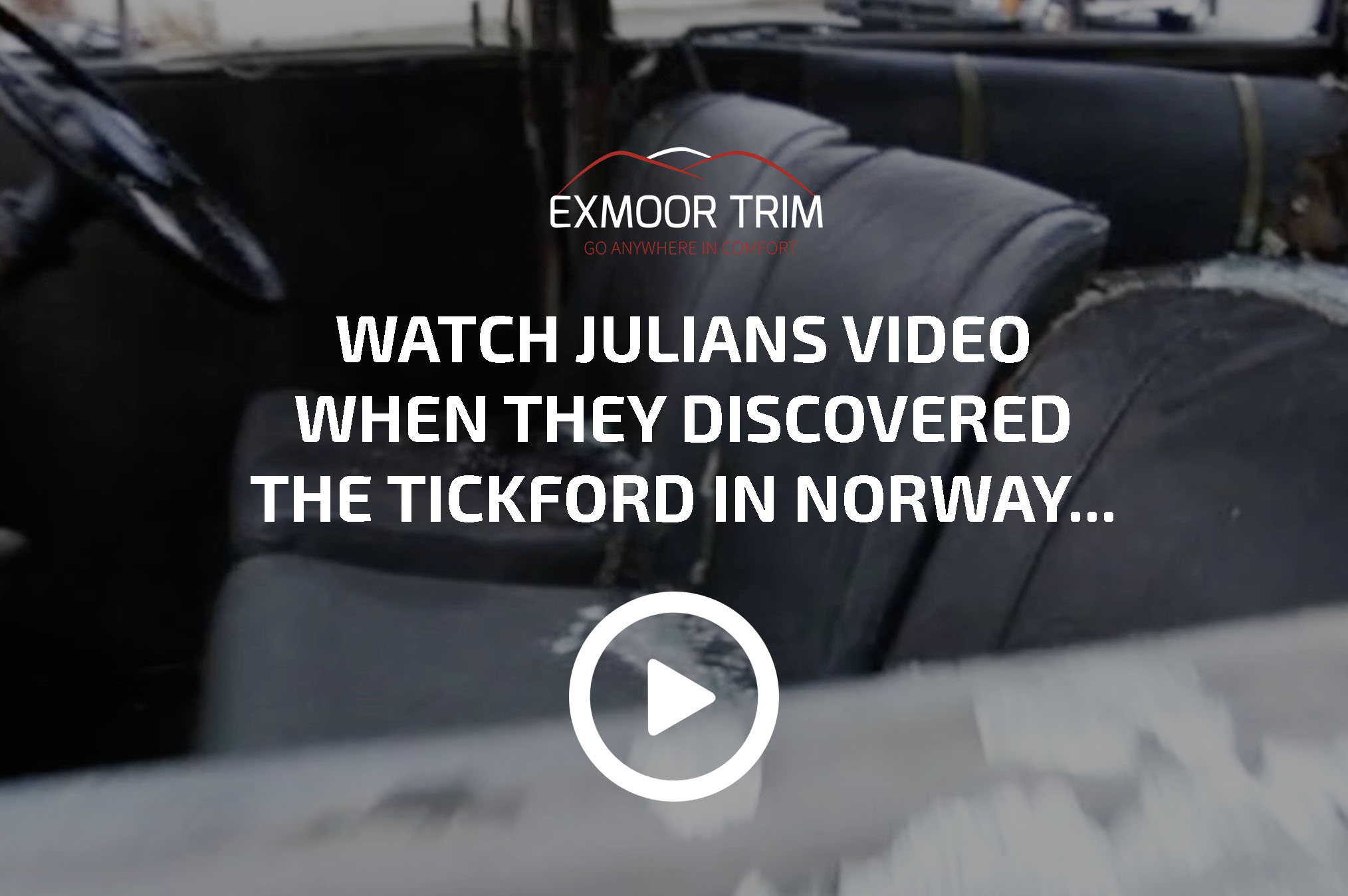 “Many of the vehicles where returned to the UK and auctioned off in the Midlands about six years ago - one of those bidders being Nick Parr. I met Nick at the auction and had a great chat - he came and spoke with me regarding the Tickford and said he had a connection to the vehicle from his childhood and was determined to buy it.

“I was very fond of this vehicle and it was by far my favourite of the collection, but I agreed to sell it to Nick under the condition Exmoor Trim would fit its interior. I wanted to have a full circle on the project, so we shook hands the rest, as they say is history.”

Exmoor Trim started with the bench seats which were given to head-trimmer John Slavin to work on five years ago after the sale was made. He started with patterning from the original - which was a massive splintered piece of plywood (as seen in the picture). Exmoor Trim manufactured two new backs out of ply and aluminium with reference taken from the originals given and images. 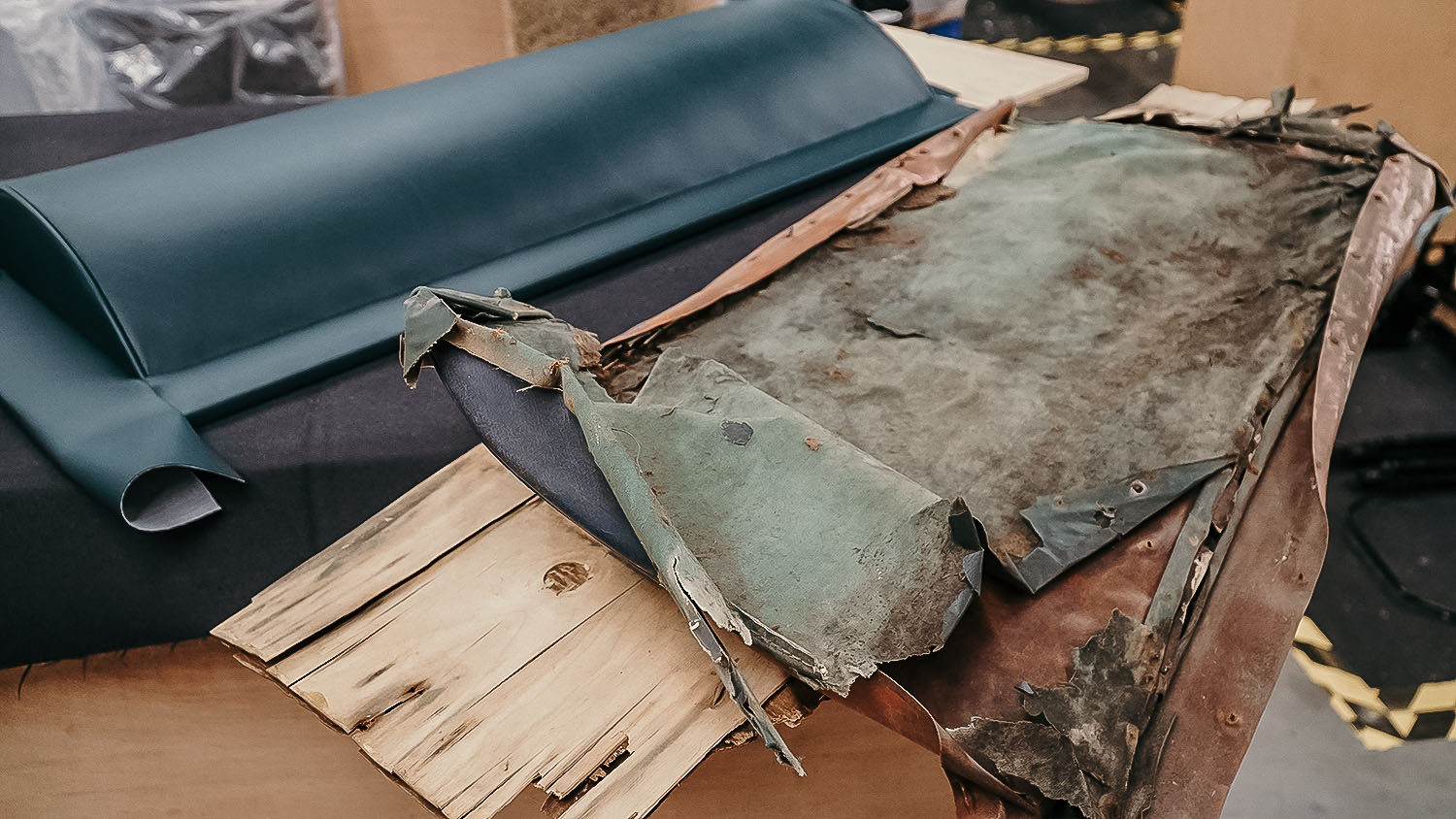 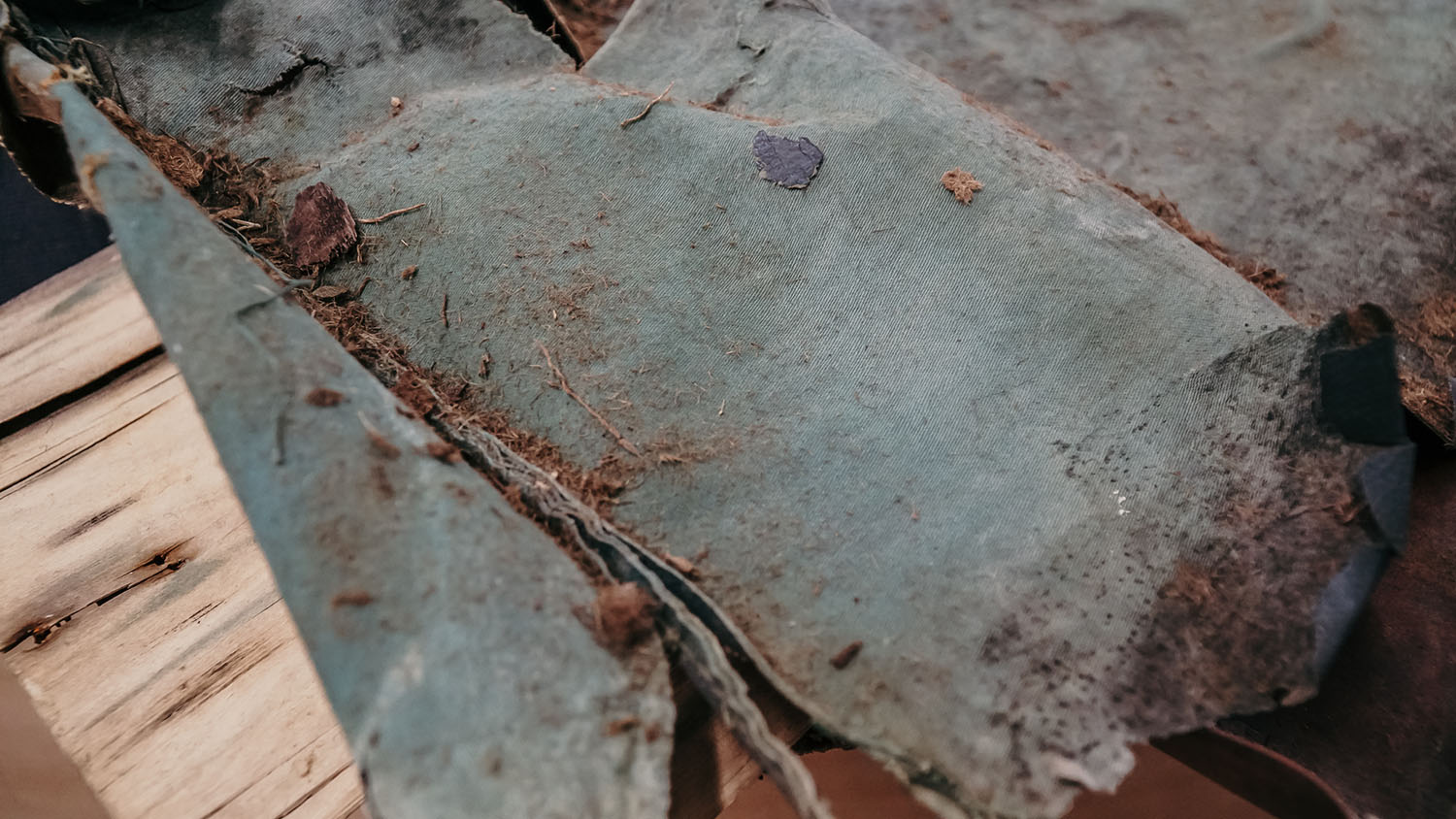 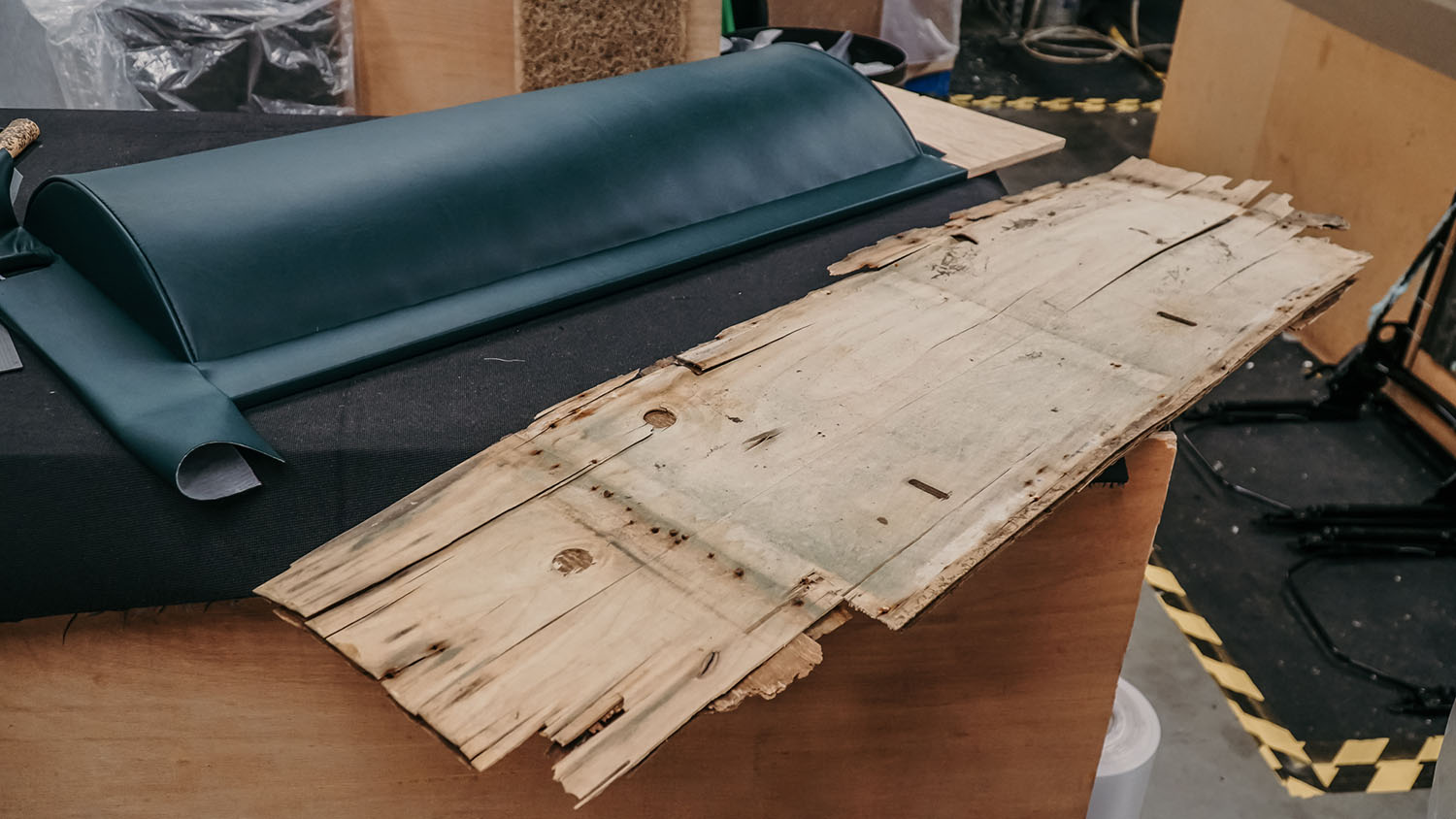 How the originals arrived

The fillings of the seat where rubberised horse hair, calico and felt. 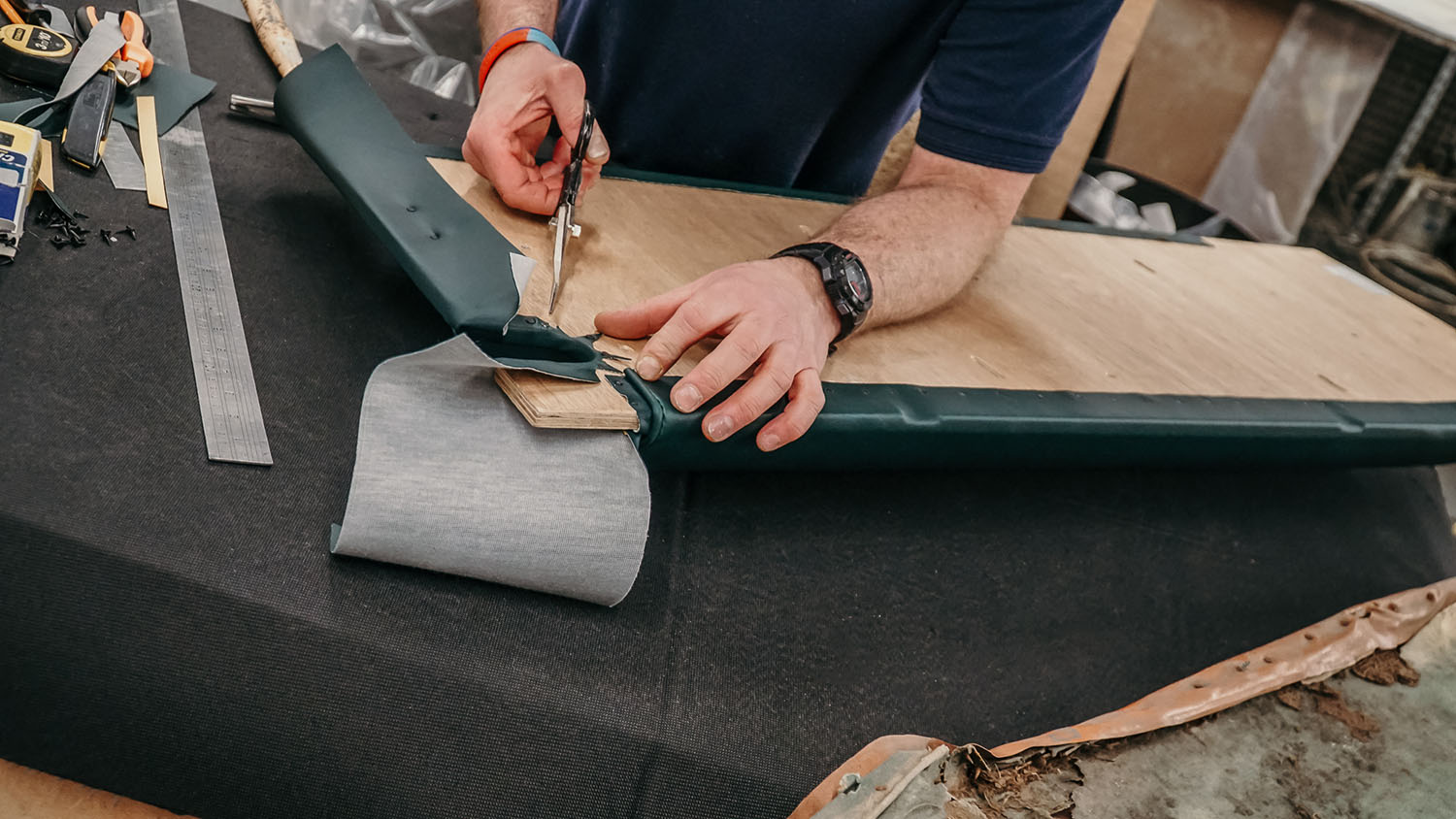 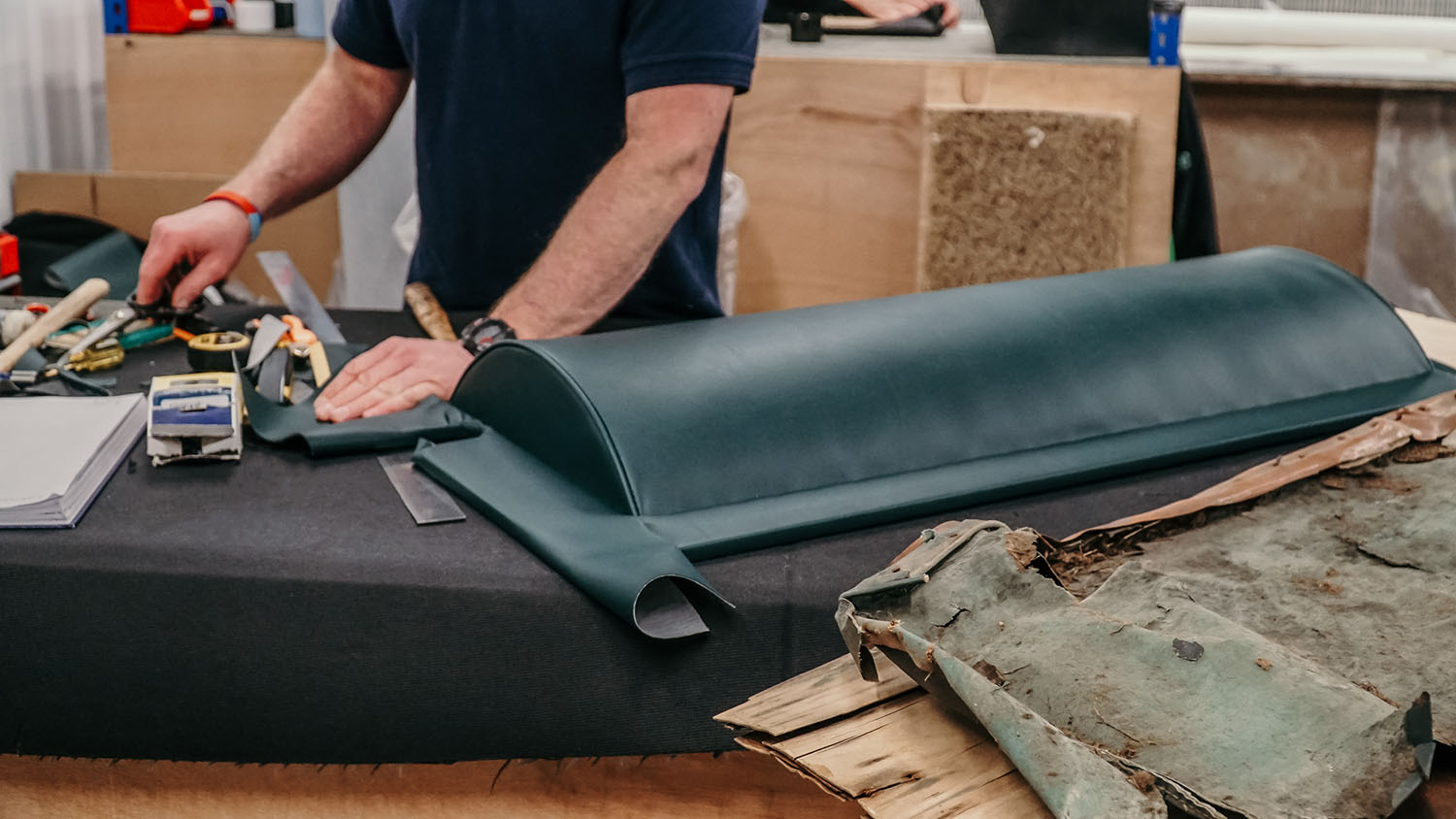 The vehicle then left for Dunsfold for restoration on the body work with all-handmade panels. Three years later Exmoor Trim where given the front seats to start work on. They arrived completely rusted out and with the material deteriorating.

Images of how the seats arrived

With no vehicle to work with there was a lot of research and referencing of various imagery. John Slavin (head trimmer at the time) patterned them all up and used traditional fillings – hessian on the bases, fibre pads on the back and felt calico on the front seat backs. The front seat cushions where made with the hessian, repro Dunlopillow foams with hammer and tacks – the traditional way.

The vehicle was returned back to Exmoor Trim in late 2018 to have the bench and front seats made in the previous years now fitted along with the other interior work, which had yet to be manufactured.

Starting with the head lining, the trimmers (around four people, including Julian) took the original head lining which was in the vehicle and used it for pattern reference to create the new one.

Patterning for the head lining took some time using the original, which was falling apart, for reference. They fitted it half a dozen times, re-trimming every time to ensure a correct fit was achieved. Once satisfied it was removed again and sent off to be professionally painted with the correct colour of the era.

When the head lining came back from spraying, the trimmers started on the rear window. They began with the original parts - which, again, where falling apart (as seen in the images) - so they had to make use of what was left. The trimmers made new parts with a lot of fitting and reshaping involved to ensure the correct fit. Everything was trimmed in green vinyl, and this was repeated all the way to the front doors.

They then moved onto the front doors, having to create new door panels from scratch, with little original patterning to refer to. Once completed the panels were also sprayed in the correct green to match the head lining. A great many hours were required for precise measuring to ensure everything was correct. The bulkhead trim also had to be completed this was a challenge and the accuracy and originality was so important.

The rear seats, which were made five years ago, were trimmed using the original tacks were made with a wooden frame, hessian on top, then the foam. They were then trimmed with the help of tacks - with the covers that were sewn in-house. The fibre board at the bottom of the seats were then fitted inside the original frames that where restored. The straps on the back seats where created using samples, the reason being that you can fold and click the seats into place like the originals.

Throughout the whole project over the years, original methods have been applied. Everything was done by hand - and now the rear seats are complete and accurately produced again. Exmoor Trim has patterned from the originals, or what was left of them. 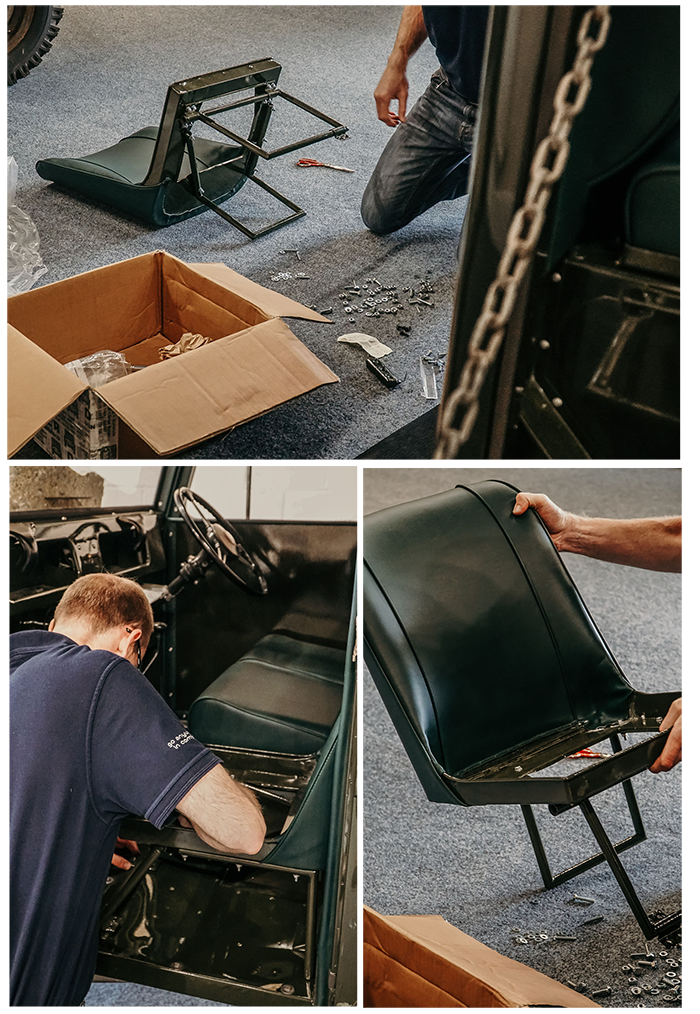 Fitting the front the seats

“I’ve been with Exmoor Trim for 15 years and I have never come across something so difficult, but thoroughly enjoyed my time working on this challenging, yet exciting project,” said John Slavin, head trimmer.

Please view the fully gallery below of the Tickford now fully restored... 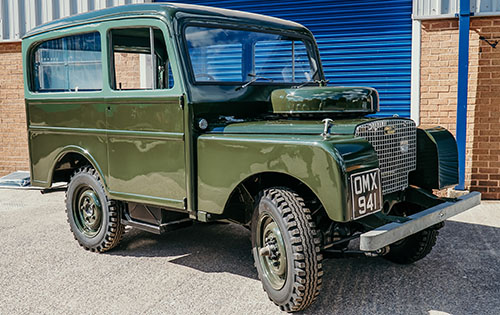 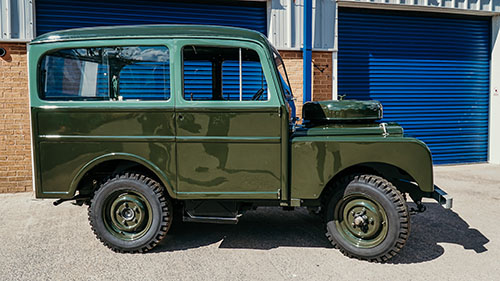 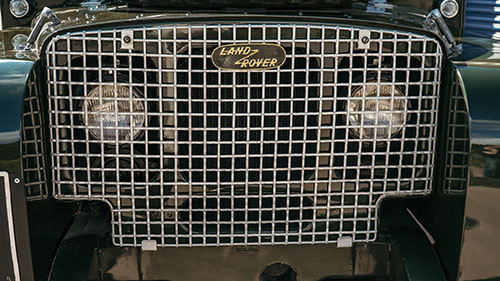 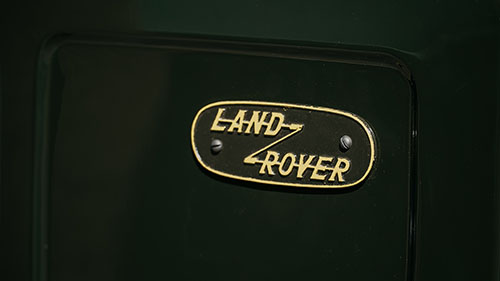 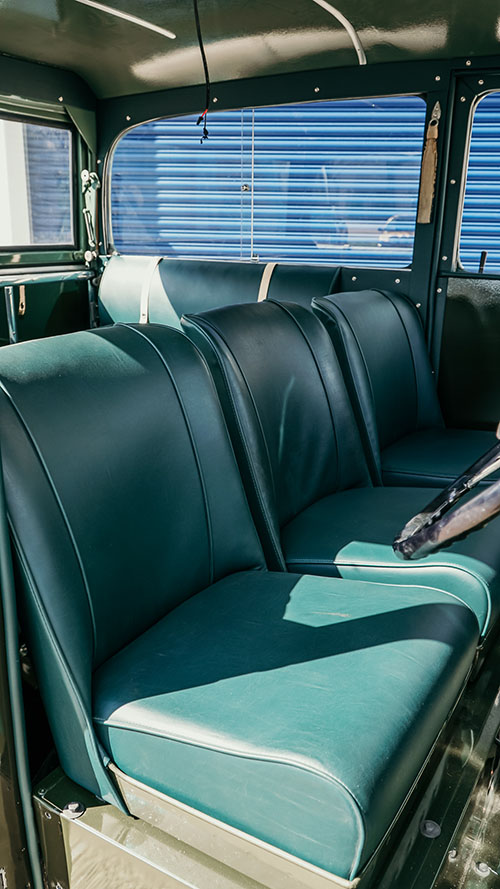 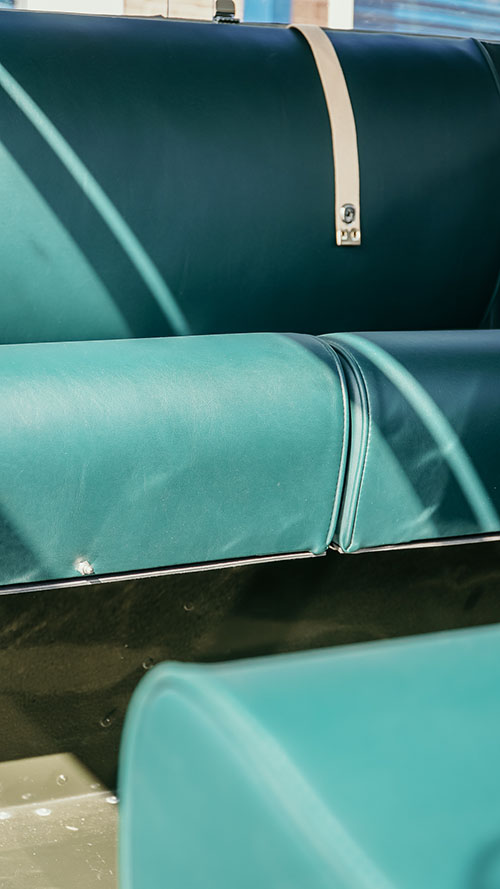 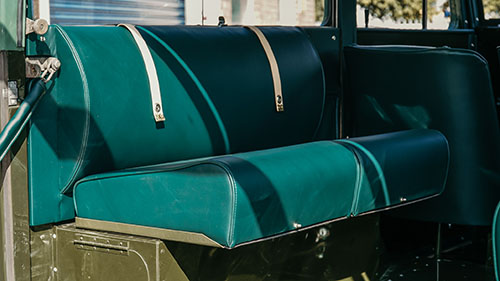 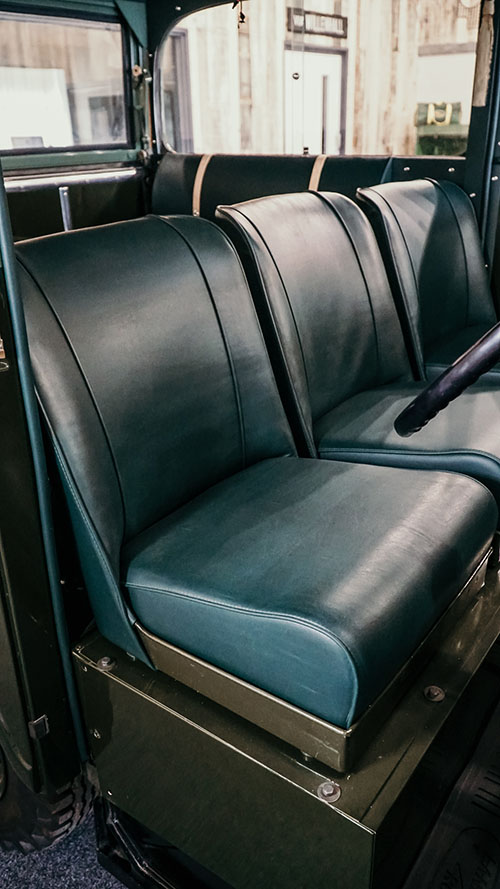 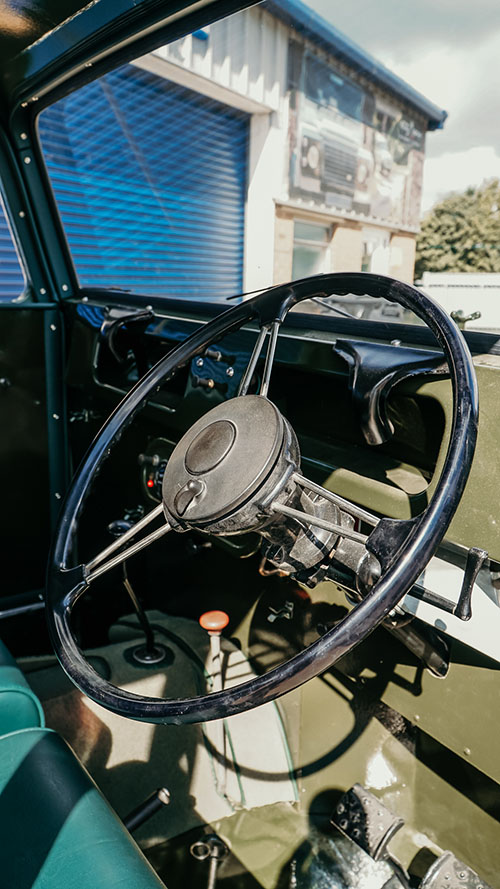 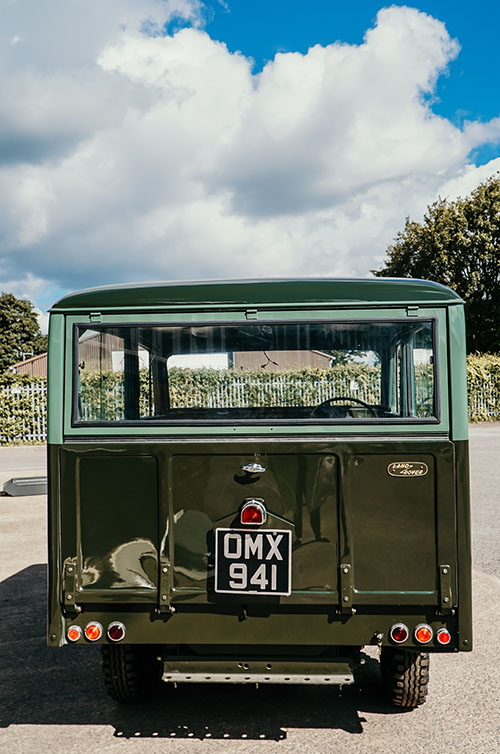 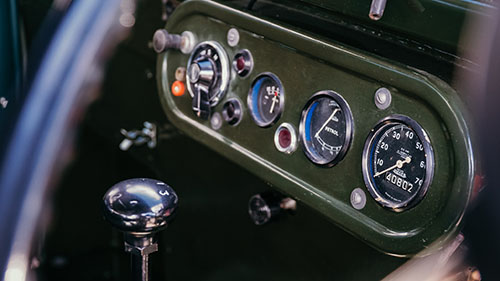 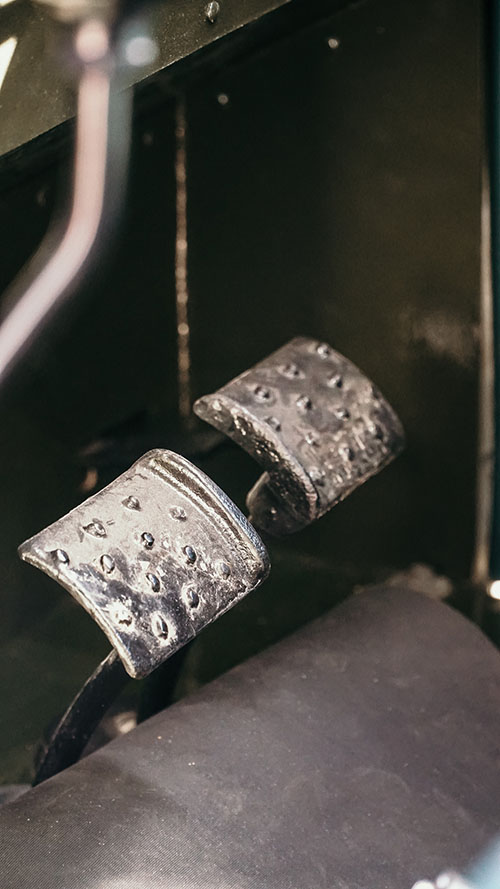 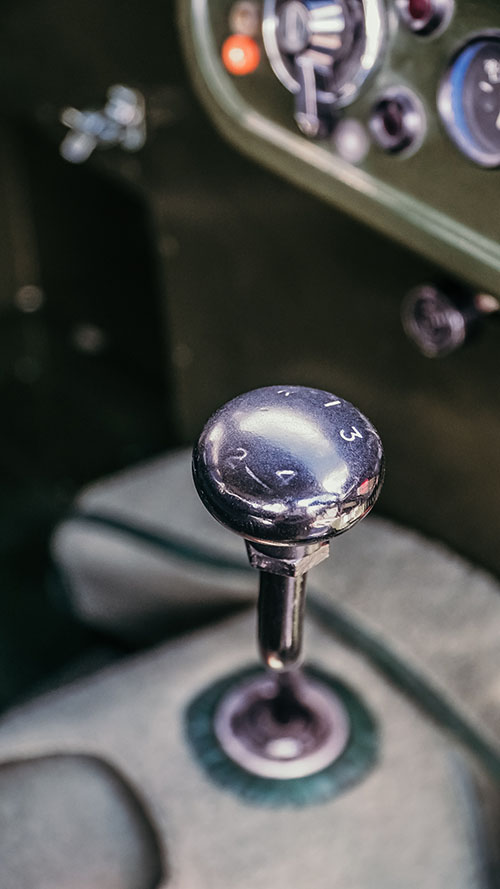 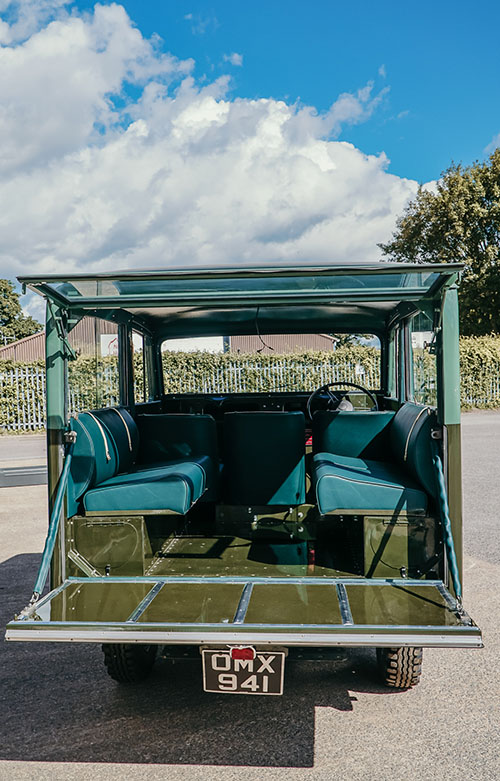 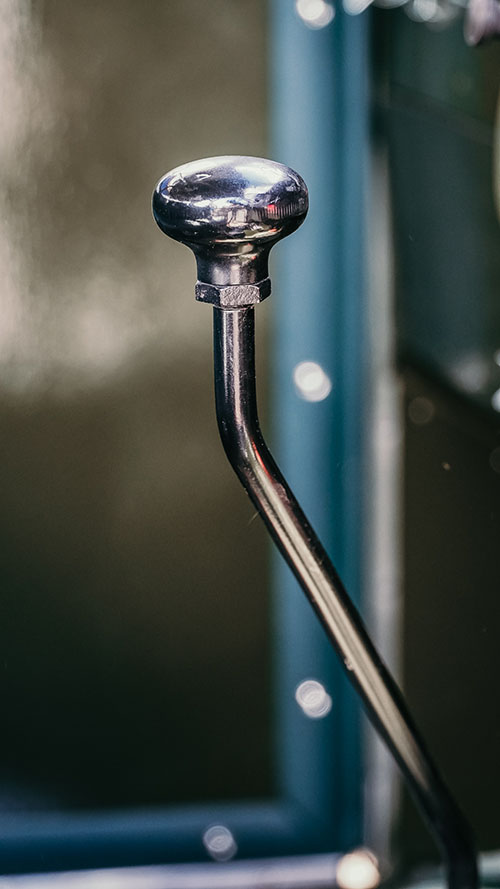